The city of Yogyakarta always offers hospitality and traditional form in every inch. The always guarded city icons, cultural heritage, well-mannered people and interesting culinary always make us want to go back (like Katon Bagaskara – Yogyakarta). I also have visited several times to Yogyakarta both for duty and travelling.

Malioboro is not only famous for its batik merchandise, some people must be agree that Jogja is also synonymous with angkringan. And, each angkringan also has its own characteristics. Angkringan sells cat rice (rice with small porcioun) with various side dishes in it, as well as drinks.

This time I went to Yogyakarta while I was in training. After driving in Malioboro to the hotel, me and two friends stopped at Angkringan Pa Hendro. Actually had dinner, but it’s not wrong to stop by and sit around for a while in angkringan while enjoying the night atmosphere around Tugu Yogyakarta.

Menu and prices are generally in angkringan:

Rice-stitched, shellfish satay and quail eggs satay are worth a try. Okay order ..

Drinks are also offered such as joss coffee (ala2 AADC2), ginger ice tea, orange ice etc. I ordered iced ginger tea and orange ice. The total I pay for food and drinks is Rp 12.000 …

From angkringan Pa Hendro, there are several other angkringan along the road to the hotel. Quite crowded, I’m not eating there because I’ve tried it.

2. Angkringan Klebengan. Angkringan is located in the courtyard GOR Klebengan located near the campus of UNY and UGM. it’s become favorite students.

4. In the office yard of the Kedaulatan Rakyat Office located on Jalan Mangkubumi there Angkringan KR Pa Jabrik.

5. Angkringan Gareng Petruk. I have tasted food in both angkringan. Crowd ..The menu is almost the same. So select the menu according to a belly calls. 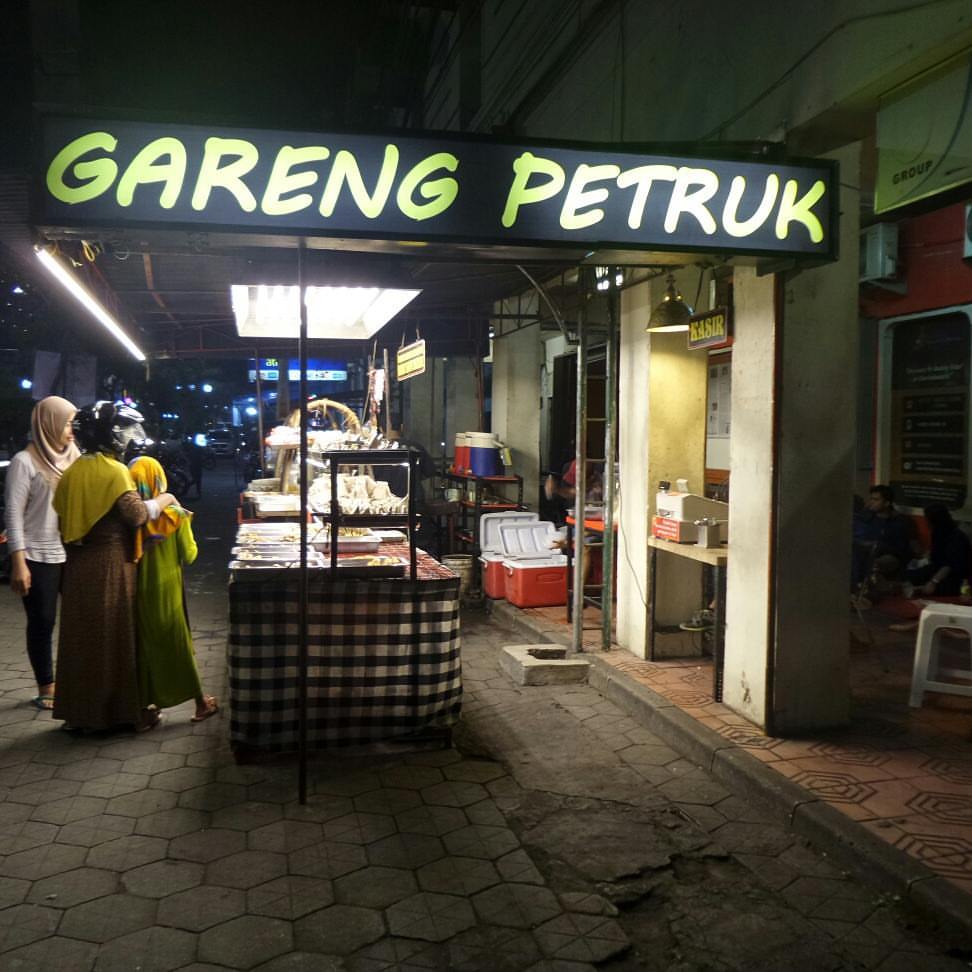 Most of the angkringan is open from 17:00 until midnight or until the food sold out. Suitable for those who like hanging out with friends.

Okeh … Have a nice culinary travelling..

View all posts by indahijpratiwi